Nuanced research and analysis of religion, peace and conflict in the Middle East

As Co-Deputy Director for the Centre for the Study of Divided Societies, King’s College London, I have a long-standing interest in the role of religion in post-conflict reconciliation and conflict prevention. I conduct critical, nuanced, theoretically-robust research and policy analysis on religion, conflict and peacebuilding in the Middle East and beyond. I have carried out research on interfaith dialogue in Jordan, on Christian religious leadership in Jordan, and on British and American military chaplaincies (see Publications).

For the past 5 years I have taught an innovative MA module on religion, conflict and peacebuilding at King’s College London. This has focused on case studies from the Middle East and beyond. I have supervised MA and PhD dissertations on a variety of case studies, including on Palestine, Israel, the US, Turkey and Southern Thailand.

My past experience in this area includes Post-Doctoral Research affiliations with the Center for the Study of Religion and Conflict (Arizona State University, 2010) and the Religion and Ethics in the Making of War and Peace Programme (University of Cambridge/Edinburgh, 2010-11) and an MPhil in International Peace Studies (Irish School of Ecumenics, Trinity College Dublin).

Co-convening an MA in Conflict Resolution in Divided Societies for 6 years, I developed a mock negotiation programme on Middle East case studies in collaboration with colleagues at King’s and Birmingham-based NGO, Responding to Conflict. This programme built on previous collaborations two other, London-based NGOs. Building on my background working for a children’s rights NGO in Dublin, I am continuing to look to build my collaborations with civil society and academic partners in this area. Please see Looking for Collaborations for more details. 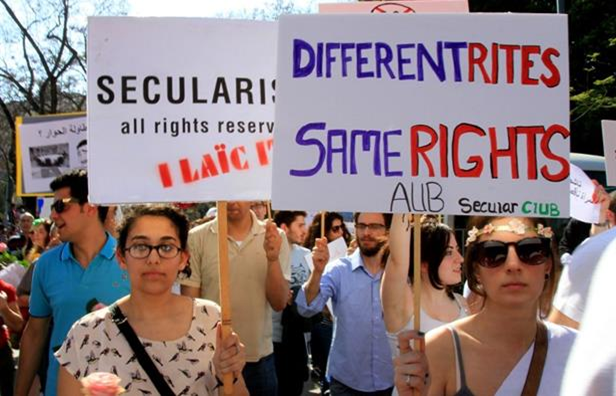 Since September 11th the relationship between religion and violence in the Middle East has grabbed media headlines, particularly in the West. But academic research on global phenomena such as religious doubt, postsecularity, atheism and agnosticism is a new and growing field. There is new, cutting-edge research on these phenomena in the Arab Middle East and Iran, adding to existing literature on Turkey and Israel. Since 2008 I have been Co-Director of the Nonreligion and Secularity Research Network (NSRN), the first global, interdisciplinary network advancing social science research on religion, nonreligion and secularity (see Networks). I am also Co-Editor of one of the first book series and helped to establish the first academic journal in this field (see Affiliations).

My own research considers religion, nonreligion and secularity in relation to war, peace and violence (see War, Peace and the Secular). I am the author of the first book to explore these relationships empirically and theoretically: Secular War: Myths of Religion, Politics and Violence (see Publications). In my second book, I analyse how young, “secular” Jewish Israelis understand the role of ethno-religious nationalism in the Israeli-Palestinian conflict (see Current Research).

How do Western policymakers understand Islam? How has this evolved since September 11th? Conversely, what do Muslims in the Middle East and the West think about Western government attitudes towards Islam?

I have responded to these questions using a number of case studies, including the UK, Jordan, Iraq, Israel, the US and Afghanistan (see Publications). This research has led to a number of policy collaborations with government and military actors. I strive to bring a more critical, nuanced approach to their understandings of Islam, the Middle East, and their own assumptions about religion (see Policy).

Theoretically, I am interested in critically analyzing and re-framing a knowledge category which has played a prominent role in Western policy thinking since September 11th: moderation.  Moderation is often understood as the opposite of extremism, but I argue that it is a socially-constructed label which is mobilized by both actors in the West and the Middle East, often in relation to religion. To this end, I am active with a network of scholars affiliated with the Moderation and its Discontents project, based at the University of Warwick (see Current Research).

Everyday security in the Middle East

What do safety and fear feel like to people living in the Middle East? What role does emotion and the physical body play in people’s feelings of security and insecurity? How do government policies impact whether people feel safe? How do individual ideas of what it is to be safe intersect with how families, communities, cities and states understand their security collectively? What role do people’s religious beliefs and social networks play in their understandings of what it means to be safe?

I have explored these themes across a variety of case studies including Israel, Jordan and Egypt (see Publications). My current book project explores how young secular Jewish Israelis have understood peace and security since the 2014 Gaza War (see Current Research). Theoretically, I am interested in academic debates on vernacular security, reasonable politics, moderation, hospitality and faith-based humanitarianism.

I am in the planning states for a new project analyzing the experiences of Syrian refugees in Jordan and Lebanon. This project considers the role of faith-based actors in local hospitality and transnational humanitarianism (see Looking for Collaborations).